When everyone else was cancelling events at the Club, we had faith that Ken Lygren would take care of us. He did. The weather broke long enough today for us to shoot 88 rounds, starting shortly after 0800 and completed by about 1100 or so. We got the fundraising auction in and the range was cleared shortly after noon.

We had (16) Shooters, from the Atlanta, GA area, South Carolina, Charlotte, Polk County and of course the Hickory area. The Firing Line was full and it was wonderful to see. Easily the largest Match and Auction we've had so far. We had (6) Distinguished Riflemen including (1) NRA National Highpower Record Holder on the Line so this was no easy slouch of a Match. The High Scorer of the Match was Bobby Robinson, Polk County Gun Club's Junior Highpower Coach. I say "High Scorer" because we were all winners today, doing an awesome job. Back to Bobby, he shot an amazing 794-30X ! Dropping only 6 points throughout the entire 80 shot Match. Congratulations to Bobby, who will receive the 2021 Champion's Plaque and his name engraved as "Champion" on the Club's Ken Lygren Memorial Plaque.  As a side note, Bobby cleaned Rapid Sitting with a 200-11X.... just the Coach showing us all how it's done: 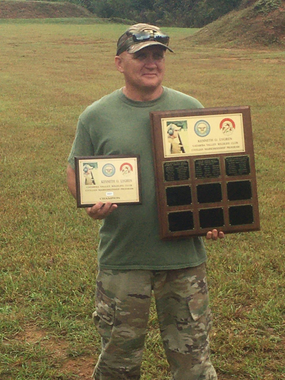 2nd high score was last year's winner, Keith Schachle, with a 784-35X. Another awesome score, Keith was the high X-count for the day and also had a Clean Slow Prone target, shooting an awesome 200-15X on that MR-63 target. 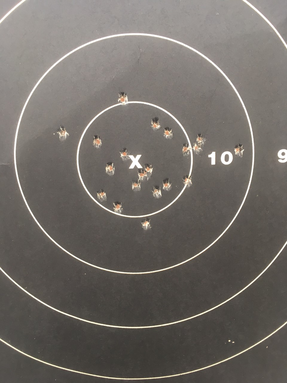 We never could have done so without some awesome donations by you folks, as well as you purchasing those items. It was a win-win all the way around and we Thank You for your support. That money will go a long way next summer for some wounded veterans to be able to attend the National Matches at Camp Perry and enjoy their brotherhood with each other. I am so proud of y'all for stepping up and making this happen, and while remembering Ken, Bruce, Bobby and Les along the way.

As always, all the results are on the spreadsheet below.  All prior Matches at this Club are noted on other tabs, going back to the very first.